Paris Saint-Germain Judo is delighted to announce the signing of Alpha Djalo for the 2020-2021 season. The French athlete, who competes in the under 81kg category, will be signed to the Club for the next year. 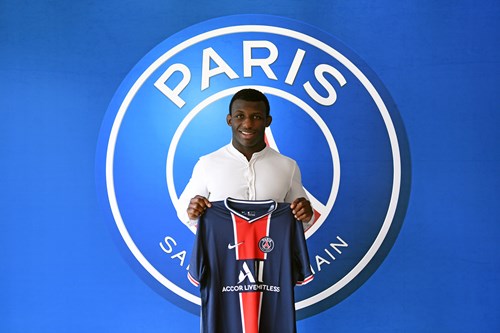 “I am at a fantastic stage in my career,” enthused Alpha Djalo after signing. “Joining Paris Saint-Germain is an extraordinary opportunity for a young athlete like myself. I will have the opportunity to represent my home city while benefitting from expert guidance and rubbing shoulders with outstanding judokas, such as Teddy Riner. I can’t wait to compete in my new team’s colours, and will do everything I can to bring home some medals for the Club.”

“The French number one”

“Despite his young age, Alpha has been the French number one in his category for the last few years,” said Djamel Bouras, chairman of Paris Saint-Germain’s judo branch. “We are delighted that he has joined our Club. Thanks to our coaching, he will be able to step up to the next level and will soon be winning medals in important championships. I am convinced that he will also be a handy extra man for our team to have in view of the forthcoming French Championships.”