Courtesy of their victory over Chambéry (32-29) on Thursday, Paris Saint-Germain Handball have now gone 50 matches without defeat at home in all competition.

Les Rouge et Bleu have not tasted defeat at the Stade Pierre-de-Coubertin since 8 June 2017 and a 38-37 loss to Nantes in Week 26 of the Lidl Starligue and are undefeated at home in two years, four months and two days.

This exceptional performance equals the record set by Montpellier Handball between February 2001 and November 2003, who went 49 wins and one draw in 50 matches without loss.

Raul Gonzalez’s men have won their last 29 matches at the Stade Coubertin; a period of over two seasons without dropping a solitary point at home. 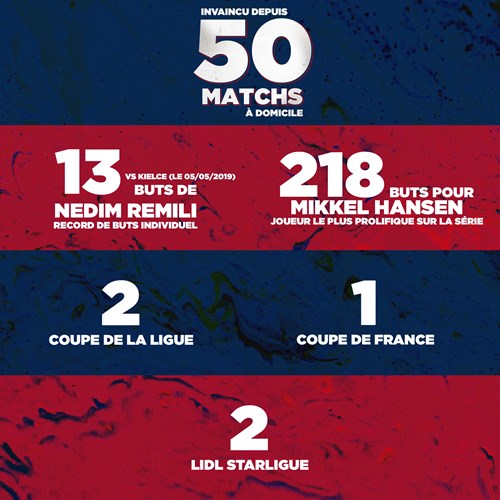